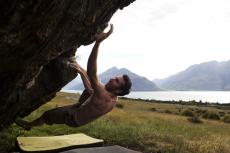 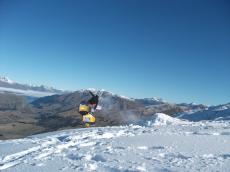 Jon Wilson is one of the two owners of NZSHRED. He's been living in Queenstown since October 2009 and started working for NZSHRED when he first arrived. After some time as an employee, the opportunity arose to purchase the business in partnership, providing an income and lifestyle, in this idyllic 'adventure' location.

When not working, Jon is out mountain biking, climbing or snowboarding - all of which he's been doing for numerous years. Currently, he is trying to progress from being a terrible surfer, to just a bad one. Jon is a very competent mountain biker, and the opening up of a variety of trails around the Wakatipu (including his locals, of the Gondola & Wynyard Crescent) enable him to get his fix throughout the long summer days.

Happy when he's listening to 'angry' music, in the outdoors playing with toys, cooking vegan food or reading obscure books, Jon is very much enjoying New Zealand, as his new home. Arriving in New Zealand from islands off the Great Barrier Reef, back in 1996, Jase John soon settled in Queenstown and into the outdoor recreation lifestyle. A variety of employment positions, saw Jase doing everything from working on the local ski fields, to guiding in Fiordland. After Managing stores for a number of years, the opportunity to take up ownership of historic NZSHRED, with business partner, Jon Wilson, eventuated in 2010.

Also working full-time in the business, Jase still relishes the opportunity to casually guide in remote parts of Fiordland. A continued enjoyment of the water, means Jase can be regularly seen out on a SUP with his pups, Loui & Lexi, somewhere around the Central Otago lakes or surfing down the coast at Curio Bay.

Outside of this, he still enjoys travelling ... doing several surf trips back to Australia or the annual Pow search to Japan.

Hails from Colorado, United States. Headed down South to do a Winter in our Hemisphere, being treated to the climate, culture and lifestyle that is the Queenstown way. Skilled in retail & customer service, Tess brings a bright, bubbly "How can I help?" attitude to the NZSHRED Team.

Xiaoyi Fu (Anny) is our resident Kiwi at NZSHRED. She brings the skills of a season in Niseko, Japan, as well as being fluent in Chinese. A regular at Mt. Hutt and Porter Heights through her riding career, Anny has decided to try the Queenstown winter scene for season 2019.

Rounding off the Team for this season is the Todd. From Philadelphia, United States, Todd is on his OE and NZ is his first stop. Being both a skier and a boarder, Todd has full snow pedigree, having grown up with both parents being Ski Patrollers. 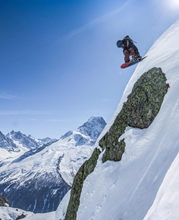 Freestyle shredder and mastered the piano whilst injured. Rides Rome. 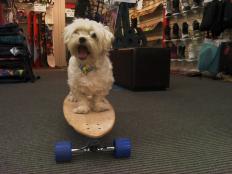 Loui is our little Lhaso Apsa/Maltese, and is now just over three years old. A little 'Action Man', he gets into every activity that we do; from surfing, kayaking and SUPing across the lake, through to his favourite, quality time with a snowball on the slopes of Cardrona Alpine Resort. Last year he managed his first experience of Nordic skiing, around the trails of at Wairoau Snow Farm.

Enquisitive by nature, whenever he hears the truck start up, he is straight outside to see what activity he will be getting into. As with all athletes, occasionally injury takes it's toll, however we have tried to mitigate these experiences, by way of utilising the appropriate safety gear, such as his custom fitted Personal Flotation Device (PFD) provided by the good folks at D-Fa.

On his days off, Loui spends time with his girlfriend and companion, Lexi (also a Lhaso Apsa). Very interested in the social scene of the Wakatipu, Loui is often seen having a coffee at the Hilton or chatting to fellow canines on the track to Jacks Point. 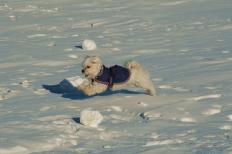